Anon’s parents came to England in the 1950s from the Caribbean, but for each pregnancy his mother returned to St Vincent. She wanted to escape the racial tension and problems with childcare faced by West Indian women in England.

I don’t know exactly how many times she went back and forth, but I do remember missing her and crying a lot whenever she left us to return to England.

Living with his grandparents, Anon felt abandoned, like many other children left in the Caribbean. Anon finally joined his parents in High Wycombe in 1964 and started at Green Street Primary School. From aged 11 he went to Mill End Secondary School, where he felt lost in the system.

There was various tension in the class, teachers didn’t really control the children the way they did in the West Indies. Caribbean parents left it to [the] teacher and education  authorities… why would our parents question the system? 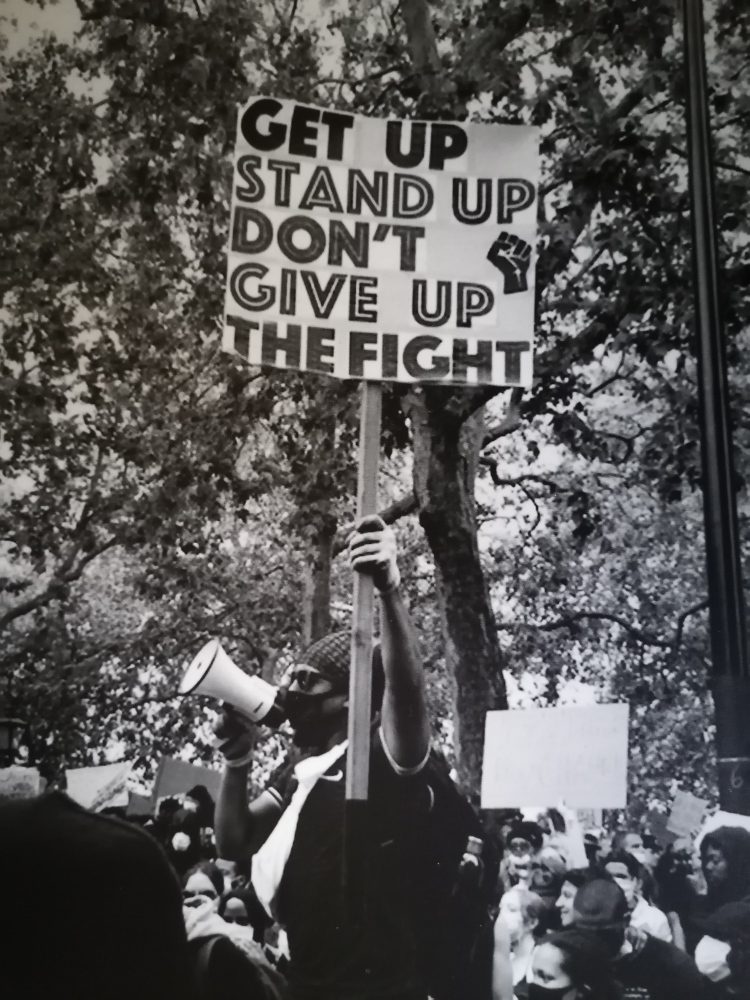 Anon at a Black Lives Matter protest at Hyde Park.

Anon’s parents were strict and did not allow the children to be out on the streets. However, as he was the first of the children to join their parents in England he grew closer to them.

I was close to my mum. At that time there was a lot of boys getting trouble with the police. I kept away from this for a long time and did not understand why it was happening to others.

Anon left school aged 15 before taking his exams and went to work as a machinist at Plessey Electronics. Anon’s parents tried to keep him home, but he would climb out of the bedroom window. He became a dad at 17 years old.

Anon had heard stories about police prejudice against black youth but didn’t fully believe it until it happened to him. He was charged and convicted for  assault of a police officer.

I was the one who was assaulted and abused, they hit and punched me, sat on me whilst I was handcuffed in the back of the police van. I was so badly injured that the Custody Sargeant instructed that I be taken to the hospital before they interviewed me.

Mr Arthur Webley, the Community Race Relations Officer at the time, helped Anon start get the funds to start various sports projects to help other young men stay out of trouble. There were several football teams playing weekends, and a Youth Club at the Newlands, a hall under the flyover.

I really thought a lot of Mr Webley. He was the kindest man.

During the 1980s Anon was involved with the management of the popular Wycombe Boulevard complex on Crest Road. He had an active social life at Humphrey’s, near Abercrombie Avenue, Calebs, Queens Road, and Newlands Club Multi Racial Centre.

I have been happy here in England. Although I’ve had some bad things happen, and it’s been really hard at times. I have five children, four black and one mixed race. Two live here in Wycombe, two in Birmingham and one in London. 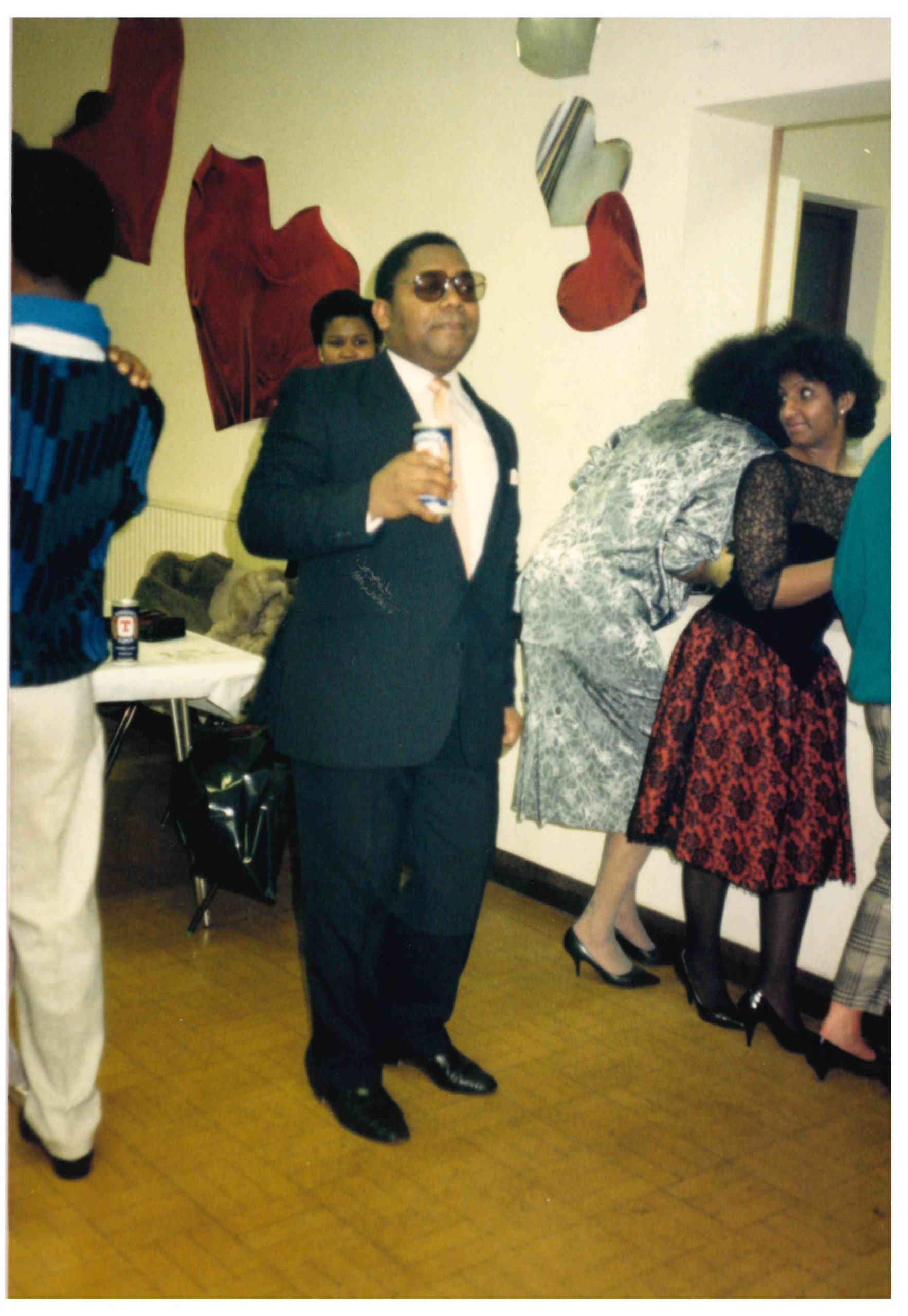