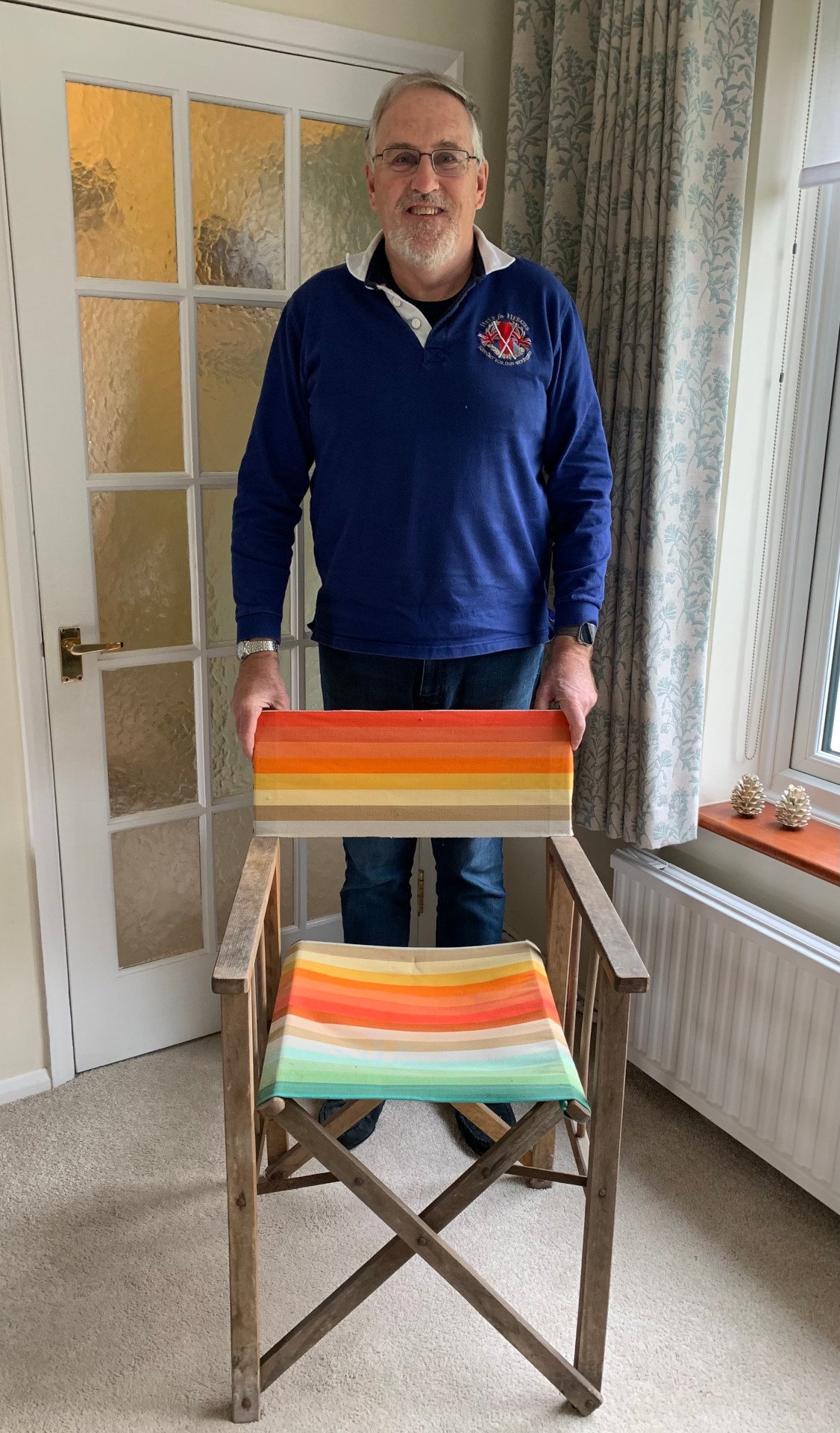 “This is the last surviving ‘directors style’ canvas wooden chair that my family have kept since the 1930s. At that time my parents and grandparents (who ran a fishmongers/fruit and veg shop) had a plot of land on which they had built a summerhouse. This was somewhere to retreat to on a Sunday to avoid being interrupted by people wanting to buy produce when the shops were closed.
They bought a large selection of canvas garden chairs, some of which have survived to this day and are looked after by my sister.
Some of these can be in the two black and white photos.

My Mum would in her later years regularly sit in one of these upright chairs placed in her porch to enjoy a lunchtime or afternoon drink in the sunshine. I inherited this chair after Mum’s death and have re-upholstered it using part of a roll of deckchair material that was found in pristine condition in one of her cupboards.
Photos of this roll (costing 6 shillings and nine old pence) with its original label are also included.”

Thanks to everyone who submitted photographs and captions and to the Arts Council England for funding it.