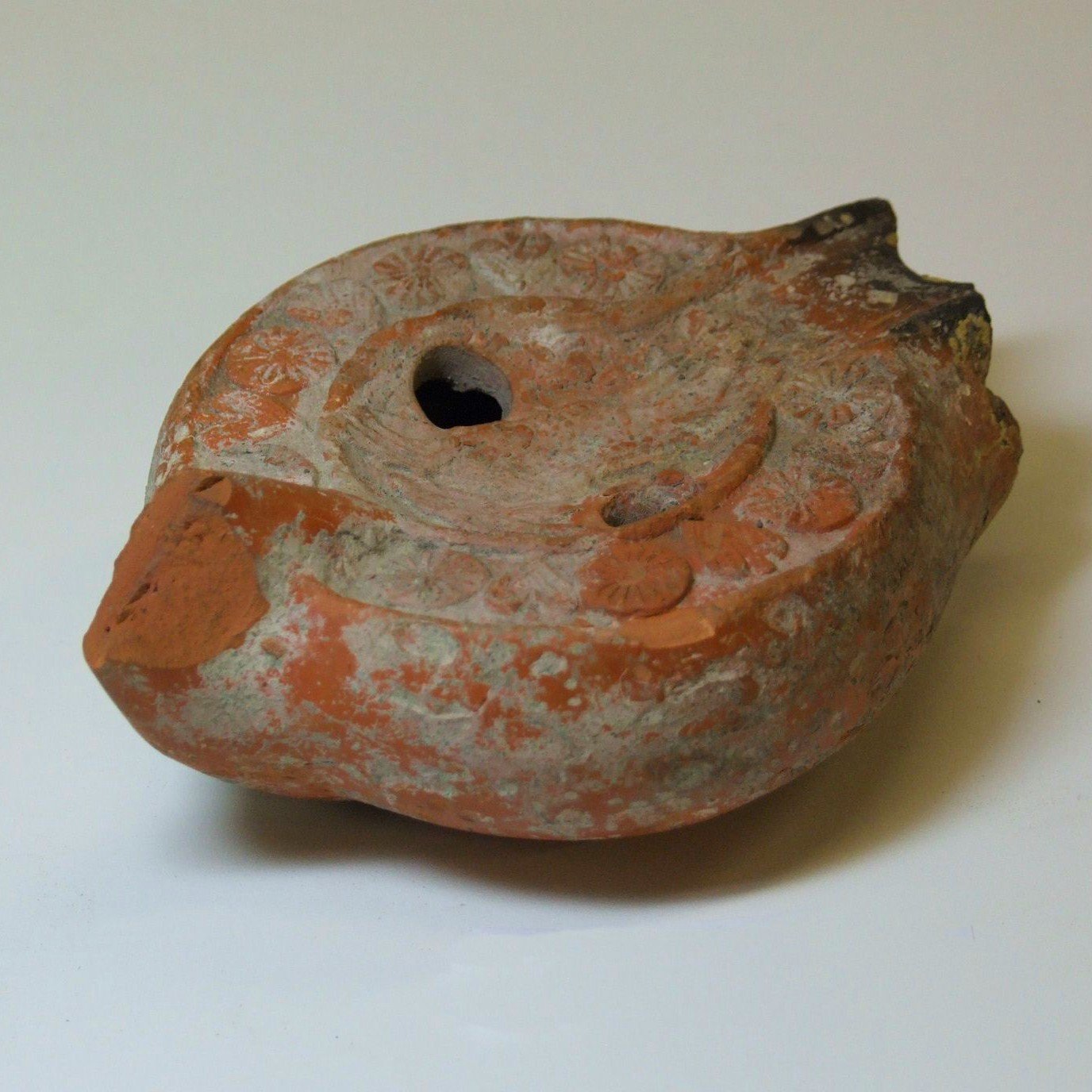 This ornate clay lamp was found on the London Road in 1954, not far from the remains of the Roman villa, now underneath the Rye Lido. It has a pattern around the top depicting a leaping hare. In both Roman and Celtic cultures the hare was considered sacred. Fewer Roman lamps have been found in Britain than in other parts of the Roman Empire, probably because of the high cost of importing the olive oil that the lamps burned. Wicks were usually made from pieces of linen.