Churchill and the Red Lion 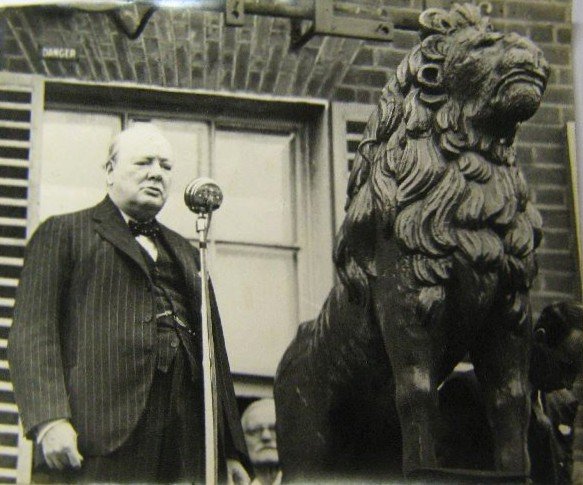 Winston Churchill gave a speech in support of the local Tory candidate from the portico of the Red Lion Hotel, on the High Street, High Wycombe in June 1945. A red lion still stands on the High Street in High Wycombe even though the Red Lion Hotel closed in 1969. The current red lion is not the original. It was carved in wood by Frank Hudson and was restored in 2017 by Hudson’s grandson, Colin Mantripp after a fundraising campaign by Wycombe Museum’s Trustees. It still watches over the town and has become, for many, a symbol for High Wycombe.

The original red lion – the one which Churchill gave his speech next to – is on display in Wycombe Museum, loaned to us by The National Trust.