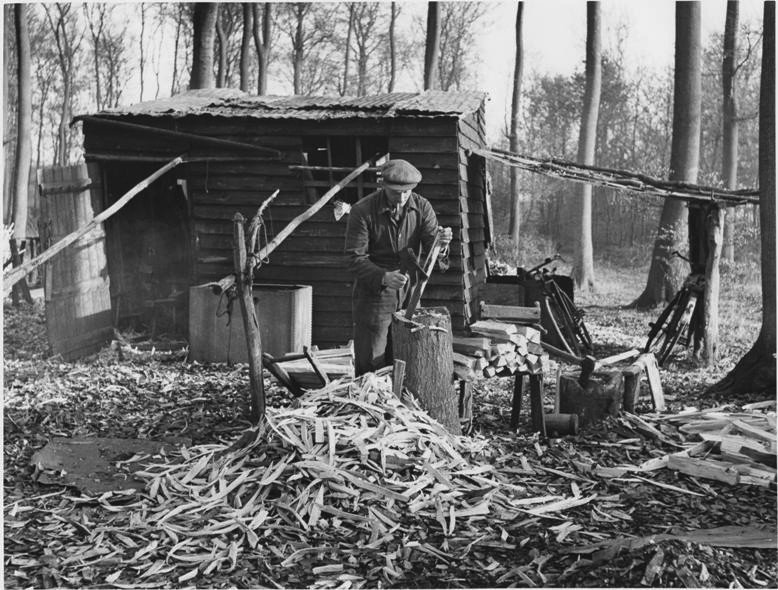 Owen Dean, a ‘bodger’, outside of his work shed in Hampden Woods, Great Hampden. Taken December 1949. Bodgers were also known as turners. They worked in the woods around Wycombe district and produced all the parts of chairs that were turned on pole-lathes – including the legs and stretchers. Here you can see the bodger splitting logs that will then be turned into chair parts.

No-one knows exactly where the name ‘bodger’ comes from – one idea is that it was a derogatory term used by workers in furniture factories when referring to men who worked in the woods and has links with doing a ‘bodged job’. It may simply refer to men who produced “incomplete” chair parts, leaving it for the factory workers to produce the finished product.