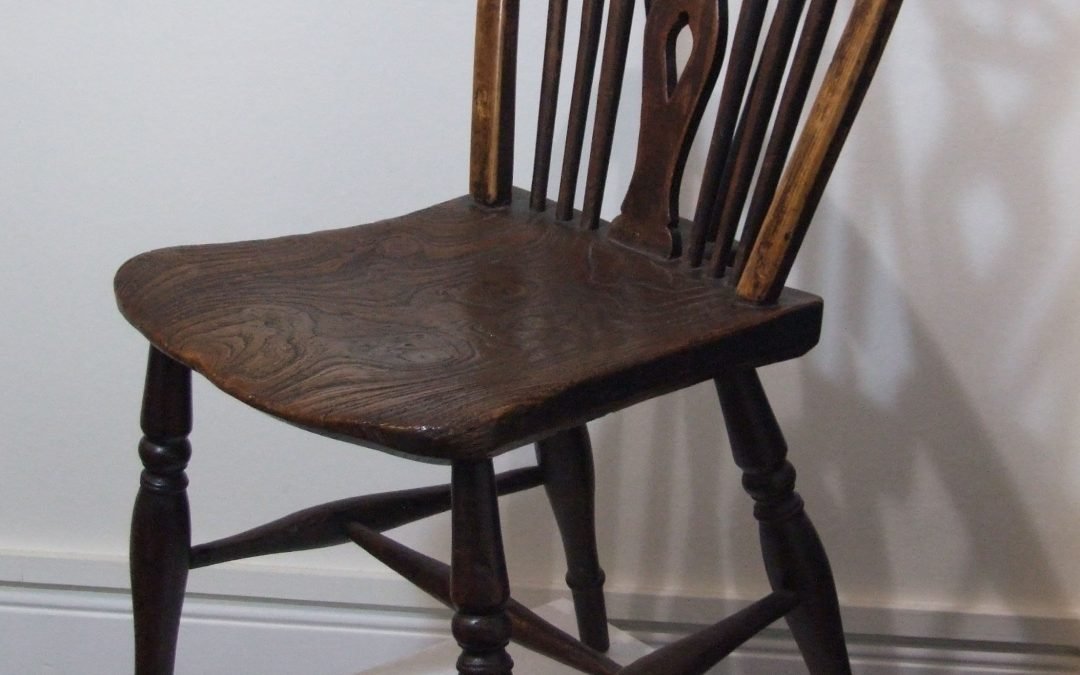 This is a wheelback Windsor chair, the type of chair that High Wycombe is most associated with. ‘Wheelback’ refers to the wheel design in the chair’s splat – the decorative centre panel of the chair’s back. ‘Windsor’ describes the way in which the chair is constructed, with wooden sticks, legs and arm pieces all inserted into a wooden seat. This Windsor chair was made in the 1850s in High Wycombe and sold by A. Jessop of Sheffield – chairs made in High Wycombe were exported to sell all over the country. We are often asked why Windsor chairs aren’t called Wycombe chairs, when they were made in such large numbers here, especially as there is no evidence that Windsor chairs were ever made in Windsor. The best answer we have is that chairs from the Thames Valley area were transported on the river Thames from Windsor. So, the name comes not from where they were made but from where they were shipped. We also know that Windsor chairs got their name a long time before High Wycombe became associated with chair making.