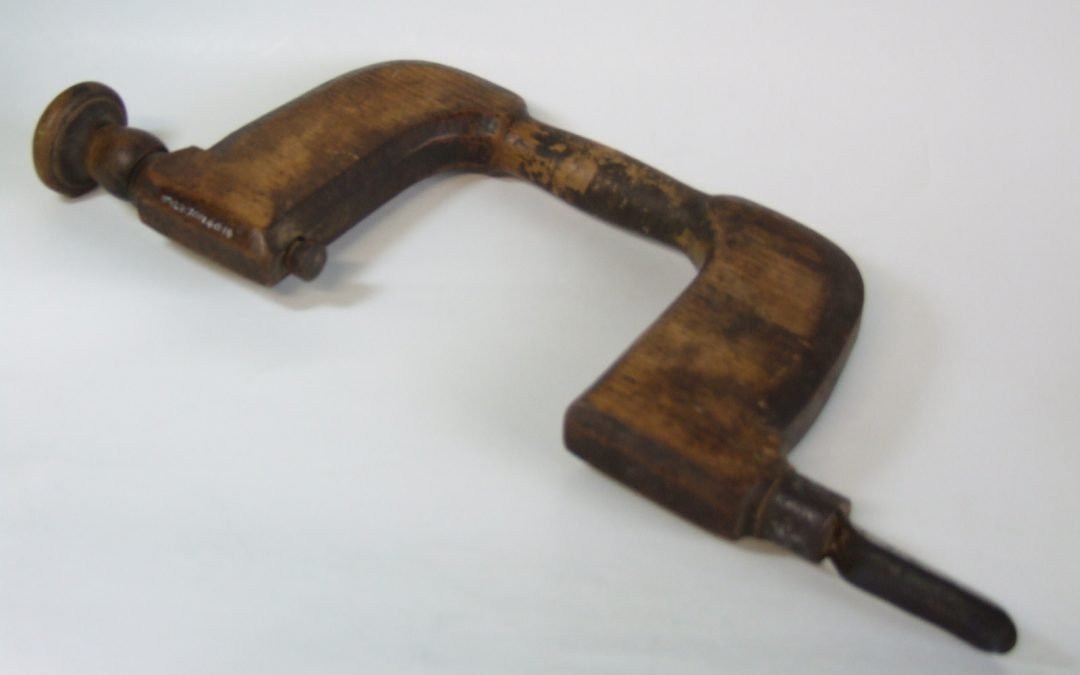 An early 20th century chairmaking brace and bit used by chairmaker Alfred William Saunders of Stokenchurch. A brace and bit is used to bore holes needed to assemble a chair from its component parts. The bit in this tool has a line filed across the back, which was probably used as a depth gauge. Mr Saunders started work in 1903 while still at school and worked for furniture companies such as Bates and Anderson in Stokenchurch, Large’s in Wycombe, and Owen Towerton. He made Windsors and other chairs. His initials ‘AS’ are stamped in 3 places on the tool.