The High Street, West Wycombe, looking towards the Pedestal and Branch Wood at Downley, by Walter Stamps 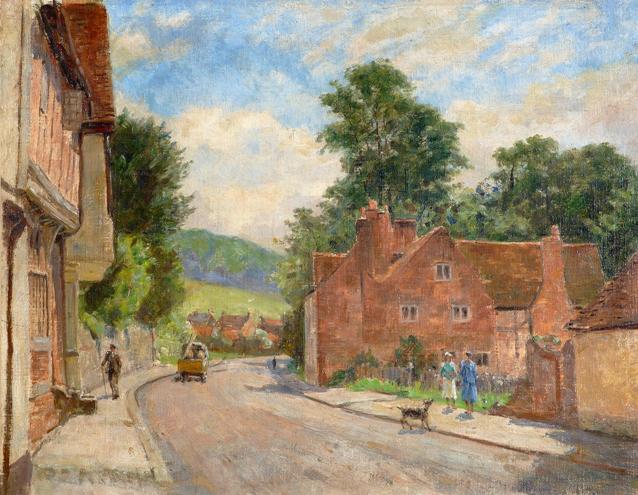 The village of West Wycombe has changed very little in the past few centuries. The High Street contains buildings dating from the 1400s, such as the timber-framed Church Loft. The village was owned by the Dashwood family of West Wycombe House until 1929, when it was then bought by the Royal Society of Arts, who repaired many of the houses. West Wycombe village has been owned by the National Trust since 1934.

Walter Stamps (1876 – 1964) was the Head of the Wycombe School of Art from 1911. His students included furniture designers Robin Day and also Edwin Clinch, who was one of the designers of the Utility furniture range of the Second World War.