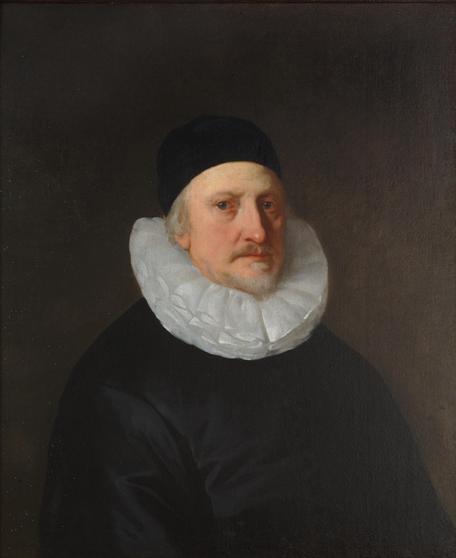 This portrait shows Sir Moses Tryon. His family moved from the Netherlands to London in around 1580 to escape religious persecution. The painting was passed down through Tryon’s family, and was donated by his descendants to the Museum when it was founded in 1932.

Peter Lely (1618 – 1680) was one of England’s most fashionable portrait artists during the mid-1600s. He painted King Charles I, and Lord Protector Oliver Cromwell. Cromwell succeeded Charles I after Parliament overthrew the Crown in 1649. He was also principal painter to King Charles II once the monarchy was restored in 1660. The fact that Lely painted the country’s rulers regardless of their politics shows how popular he was.