Isabella and the Pot of Basil by G Grenville Manton 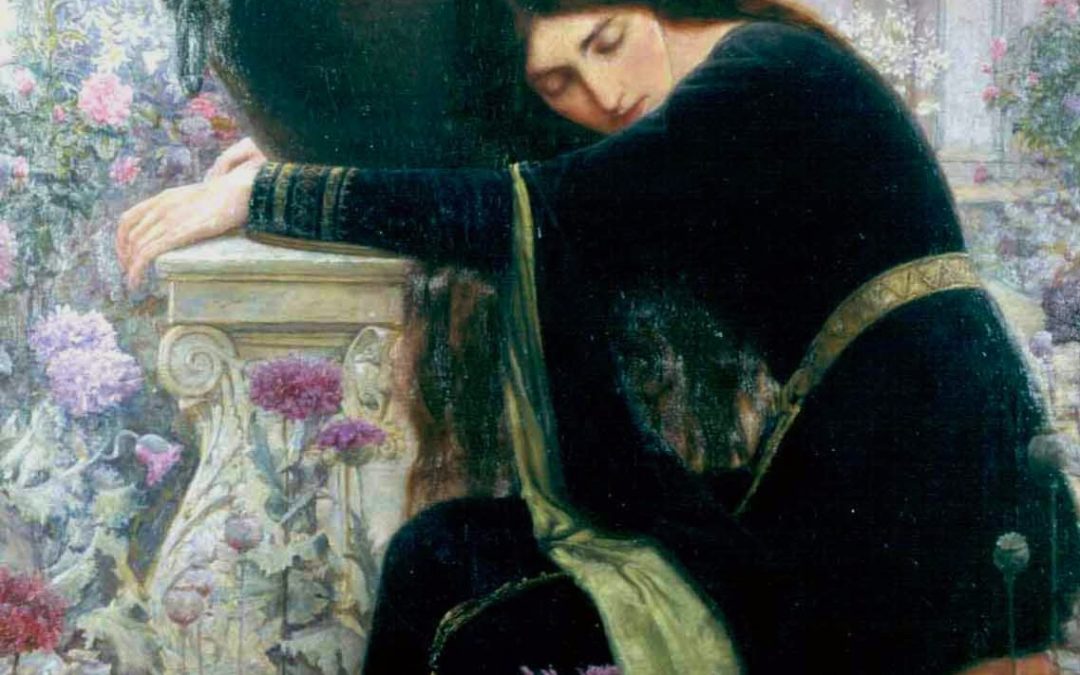 This seemingly serene painting in the Pre – Raphaelite style shows the scene of what is actually a very morbid story. The story, told in the poem by John Keats, goes that Isabella was in love with a servant, Lorenzo. Isabella’s brothers disapproved of her choice of lover, and lured Lorenzo into the woods to kill him. Learning of Lorenzo’s death, Isabella is beside herself with grief – she finds his body and buries her murdered lover’s head in a pot of basil, which she waters with her tears until she dies of a broken heart.

George Grenville Manton (1855-1932) was best known as a portrait painter and a magazine illustrator. He was a member of the Royal Institute of British Artists.