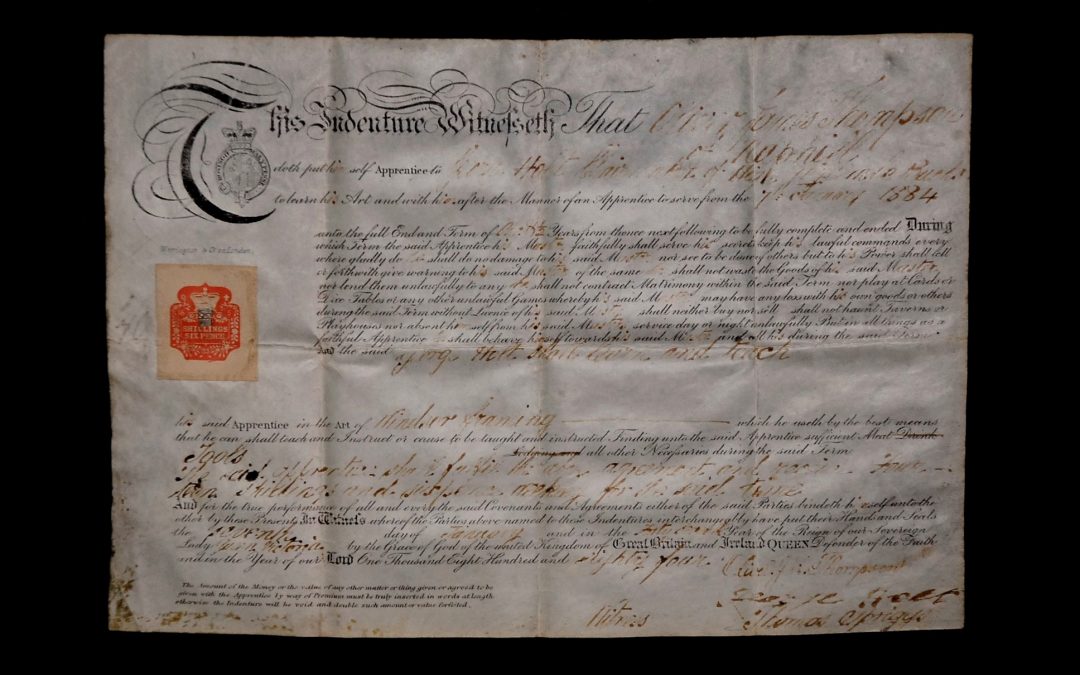 This is an apprenticeship indenture, detailing the agreement made in 1884 between Oliver James Thompson of Naphill, who was putting forward Joseph Walker to be apprenticed to George Holt, a chairmaker of High Wycombe. The indenture states that Walker was to be trained by Holt in ‘the art of Windsor chairing’, but also stipulated a number of rules that Walker must follow, including that he would ‘not contract matrimony… nor play at cards or dice tables or any other unlawful games’ for the eight and a half year duration of his apprenticeship.