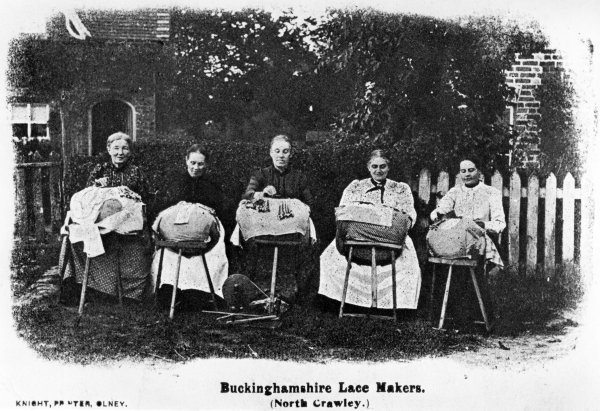 Happy International Women’s Day!
Today we’re thinking about the lace-making women of the local area, who would make beautiful, intricately patterned Bucks point lace.
Bucks point lace has a pattern outlined in gimp thread (the gimp is normally thicker than the thread used to make the lace). The gimp defines the pattern and slightly raises the edge of the design. The pattern is on a background known as the point ground – the regular small mesh – which gives Bucks point lace its name. 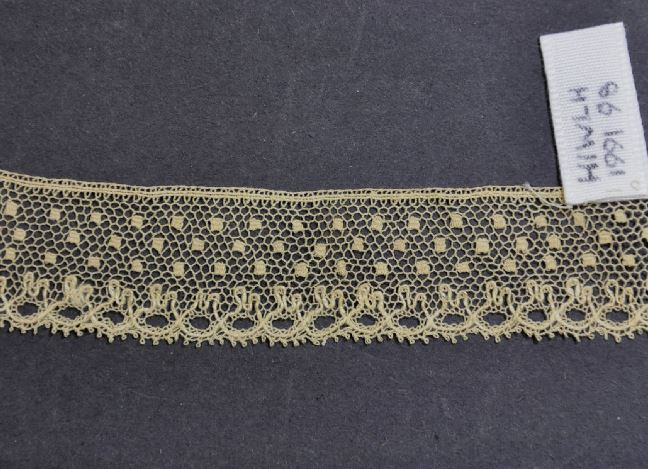 A length of Bucks Point Lace 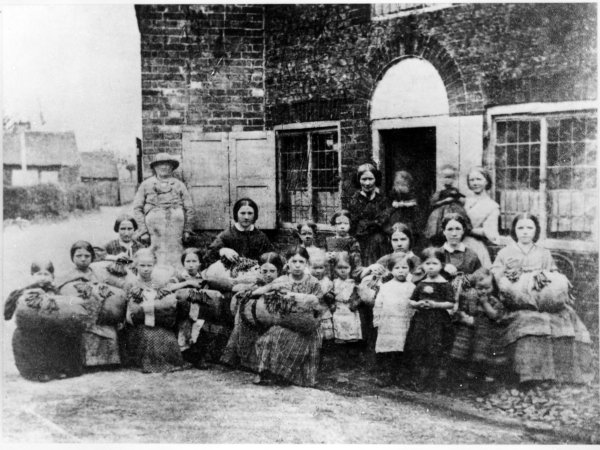 Women and children outside of a lace-making school in Stokenchurch, 1860

It was fashionable for both men and women to wear lace from the 1500s until the 1700s. Lace was expensive to buy, and wearing it showed that you could afford to spend a lot of money on clothes. Lace was expensive because it was time-consuming to make, and required a lot of skill.
However, the women (and children) who worked long hours to produce the prized textile often lived in poverty, even when lace was in high demand. Most of the money was made by the men who bought the lace from the makers and sold it on for profit.
Traditional Bucks Point lace continued to be made after the Tudor period. It was particularly intricate and slow to make so the makers often lost out to simpler and faster varieties, such as Honiton lace from Devon. By the middle of the 1800s, machine-made lace could be produced more quickly and cheaply. This made earning a living from local handmade lace even more difficult. By the 1860s, making lace was something only the poorest did, and it began to die out as an industry.