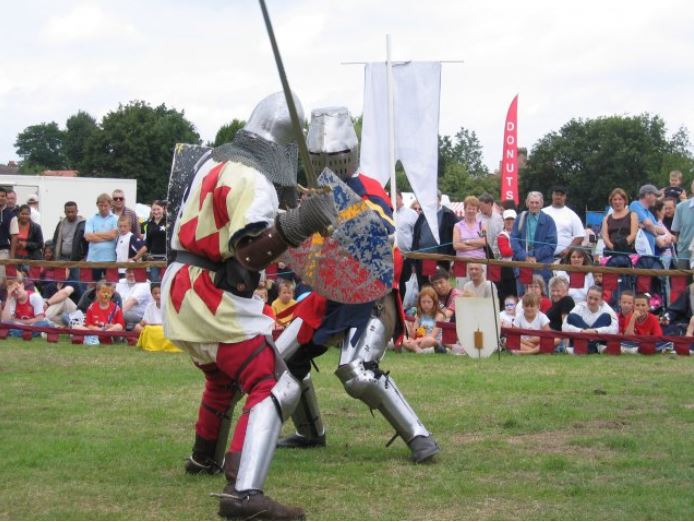 There were many wars throughout Europe in the medieval period, but probably the most famous to take place in Britain was the Battle of Hastings in 1066, when William the Conqueror came to claim the English Crown.

Most people know how the battle went (but if you don’t William being called the ‘conqueror’ is a big clue!).  William set out from Normandy in 1066, defeated Harold on English soil, and was finally crowned William I on Christmas Day in Westminster Abbey.

So, before the days of tanks, how did people win in medieval combat?

See for medieval combat for yourself!

Sunday 17th October, free to all

A spectacular medieval festival for all to enjoy. Mingle with the knights as they take over Wycombe Museum. 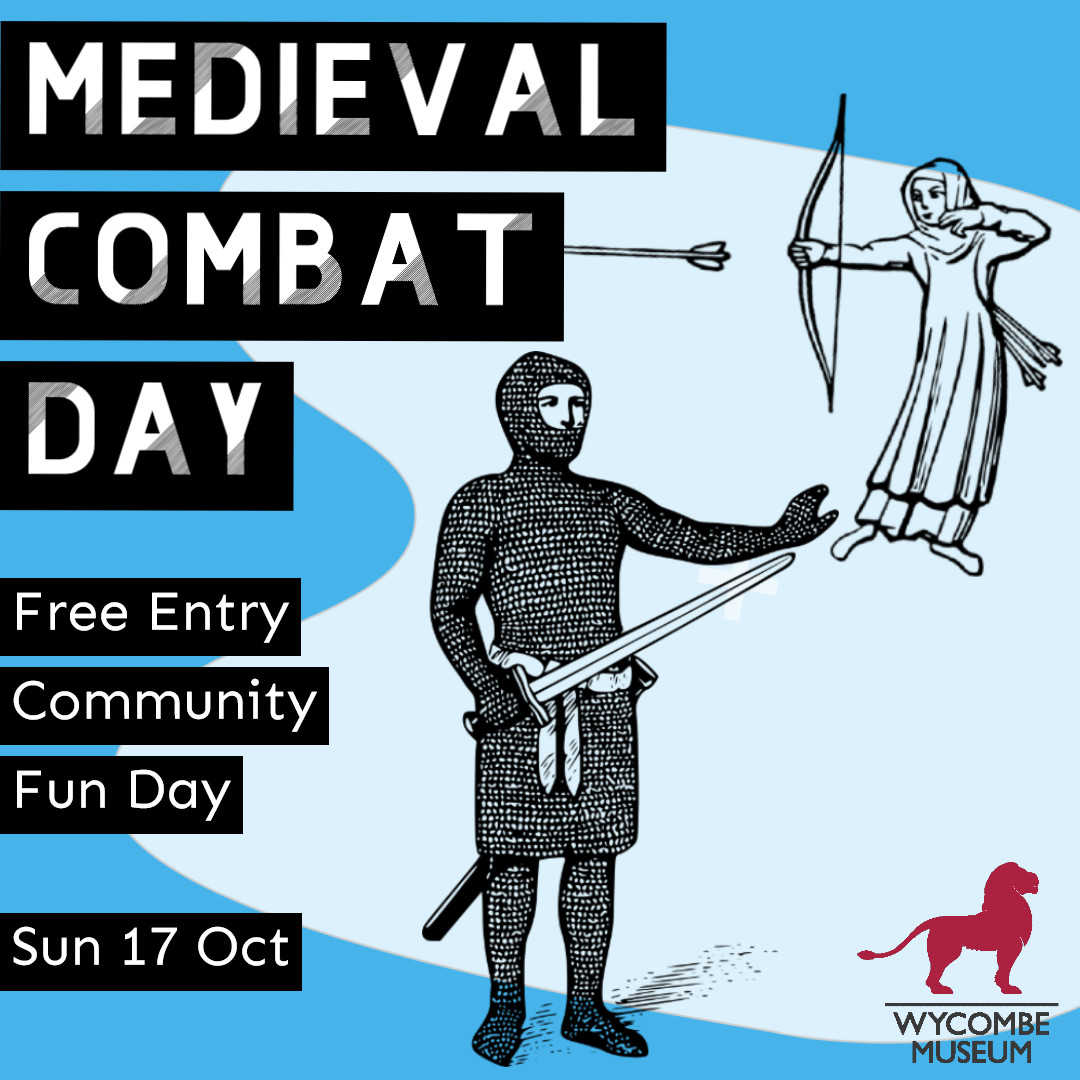 Armour started out as mail, or chainmail, made of interlocking iron rings.  Early knights wore chain mail over padded jackets.  Gradually, small additional iron plates were added to the mail to protect vulnerable areas. As armoury developed, a suit of armour was made of large plates or sections.

The weapon we associate most of all with medieval combat is the sword. The sword delivered the most damage for least effort and was used amongst knights and common soldiers alike.  Daggers were a smaller version of the sword. 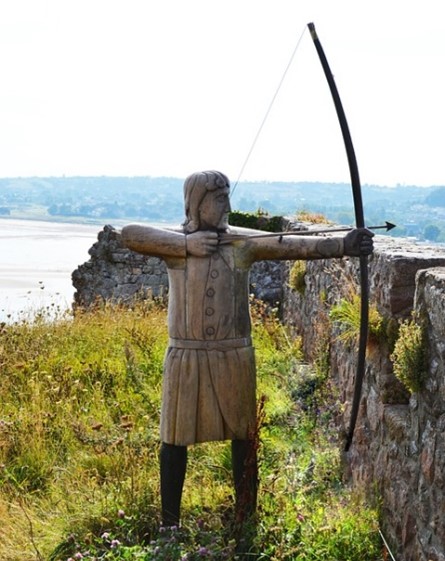 Bows have been used since prehistoric times. Crossbows were powerful but shot slowly.   Those using them did not need to be strong to draw back its bowstring, and it was easy to learn how to use.

The longbow was introduced towards the end of the 12th century.  A typical English longbow during the medieval period measured six feet in length and was ideally made of a single bough of Yew wood.  A good bow and competent archer had a range of well over 200 metres. At shorter ranges their arrows could pierce armour.  However, firing a longbow took a lot of strength and it could take years to perfect these archery skills.

Together with the sword, the spear was the most important and widely used weapon for those on horseback or on foot.  It was a long stick with a blade on the end, and it was easy and cheap to manufacture.

They were called halberds, pikes, glaives, and many other names.  These were like a spear, a pole ending a type of blade, but were longer.

Those fighting on foot, lost out to mounted knights, who were protected by long chainmail tunics, later plate armour, and armed with spears and swords.  Good saddles and stirrups gave the knight a firm seat on his horse, and on the horse, he had the advantage of height and mobility. 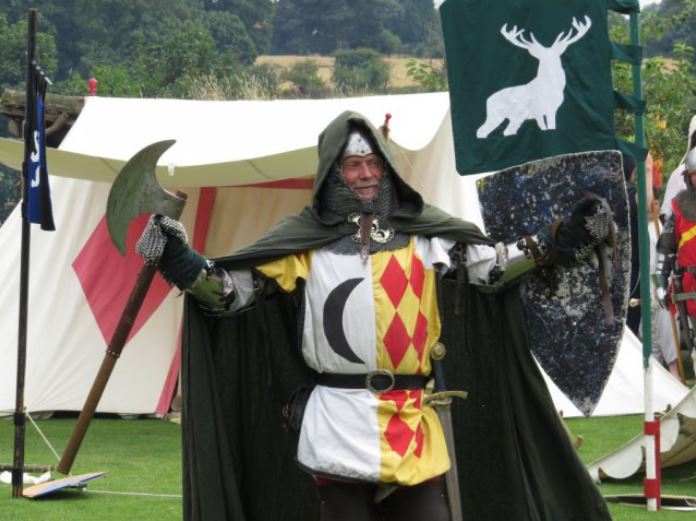 Join in at our FREE event day to see more for yourselves! 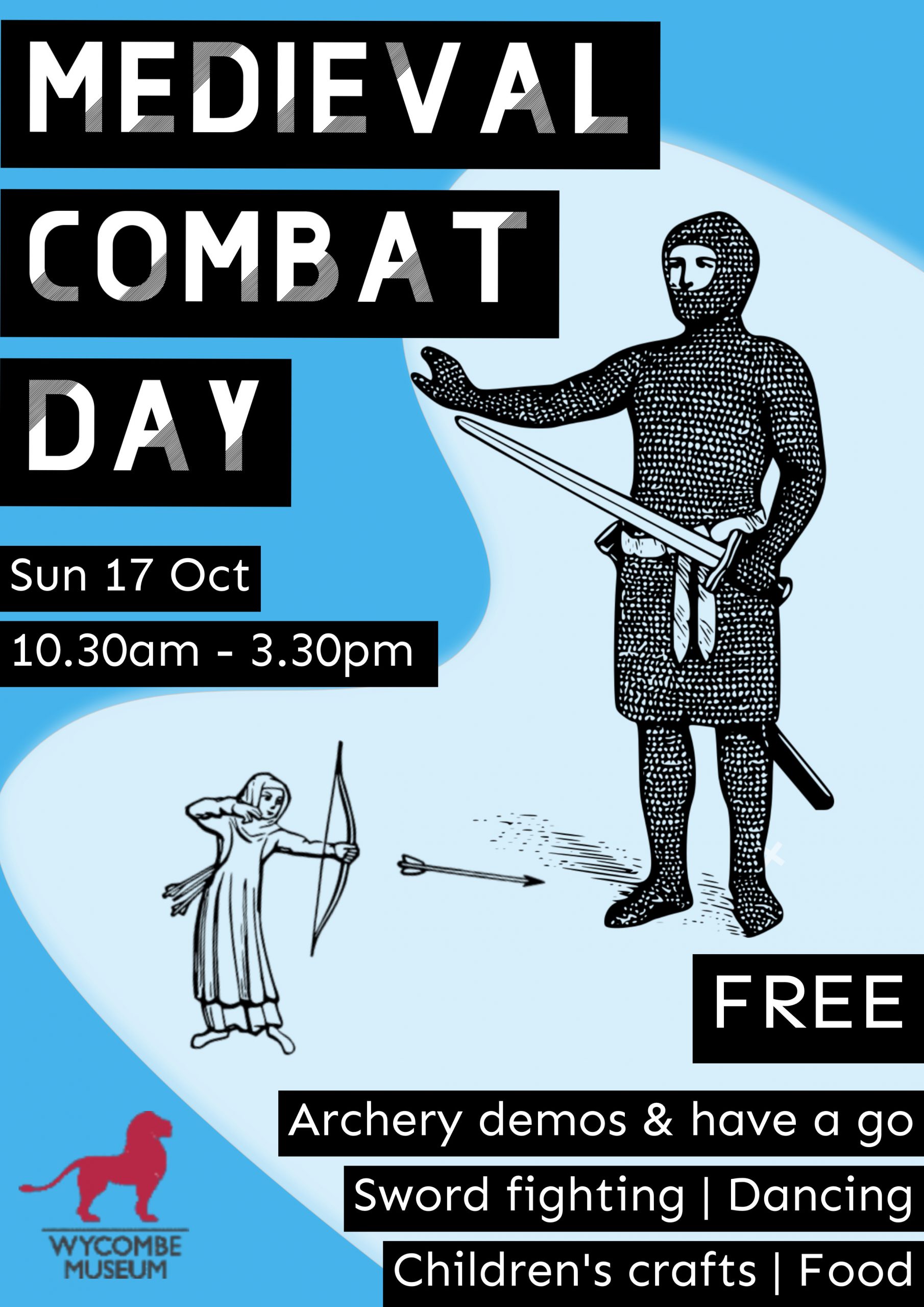 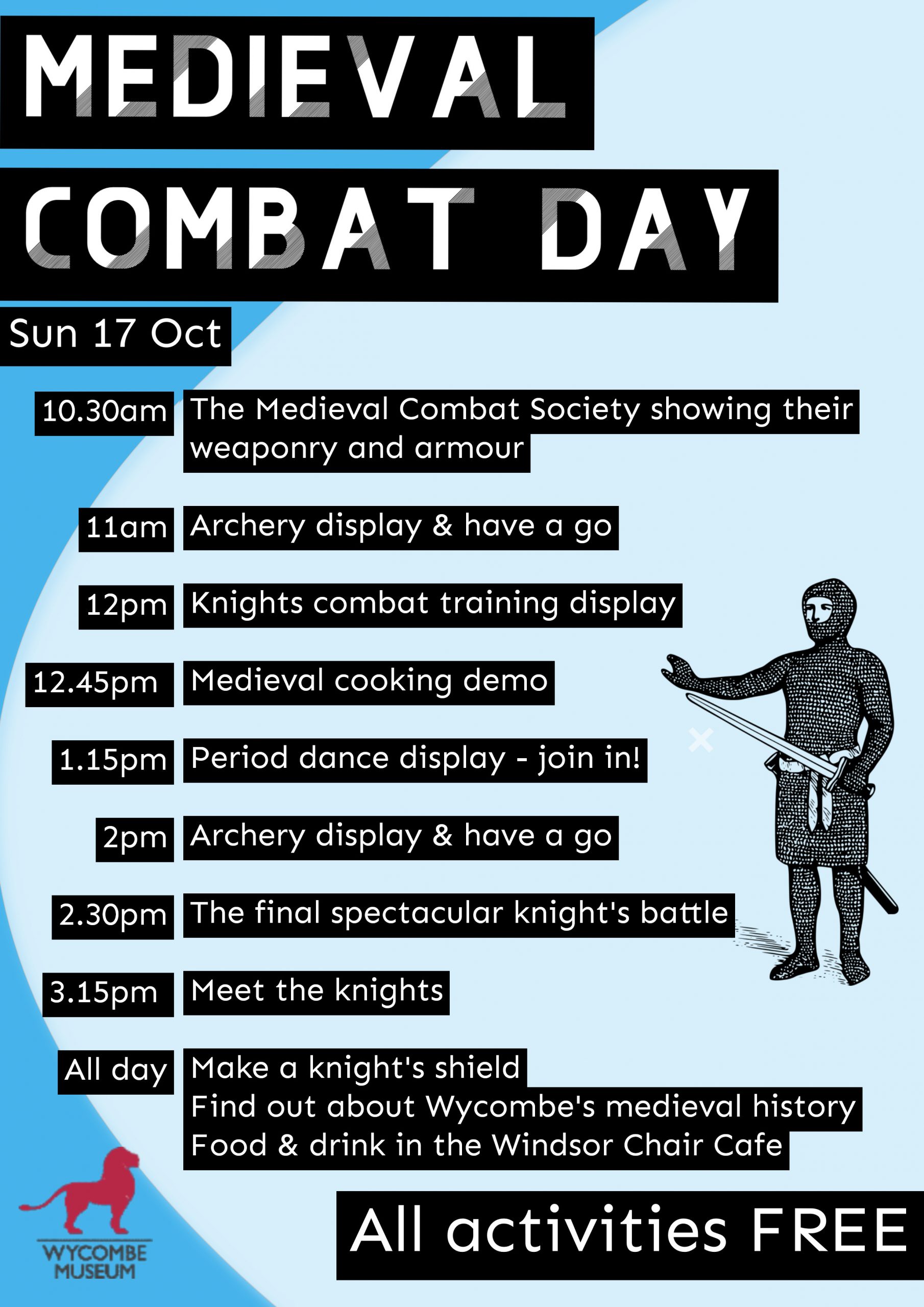 With thanks to the Medieval Combat Society for use of their images.

See for medieval combat for yourself!

Sunday 17th October, free to all

A spectacular medieval festival for all to enjoy. Mingle with the knights as they take over Wycombe Museum.